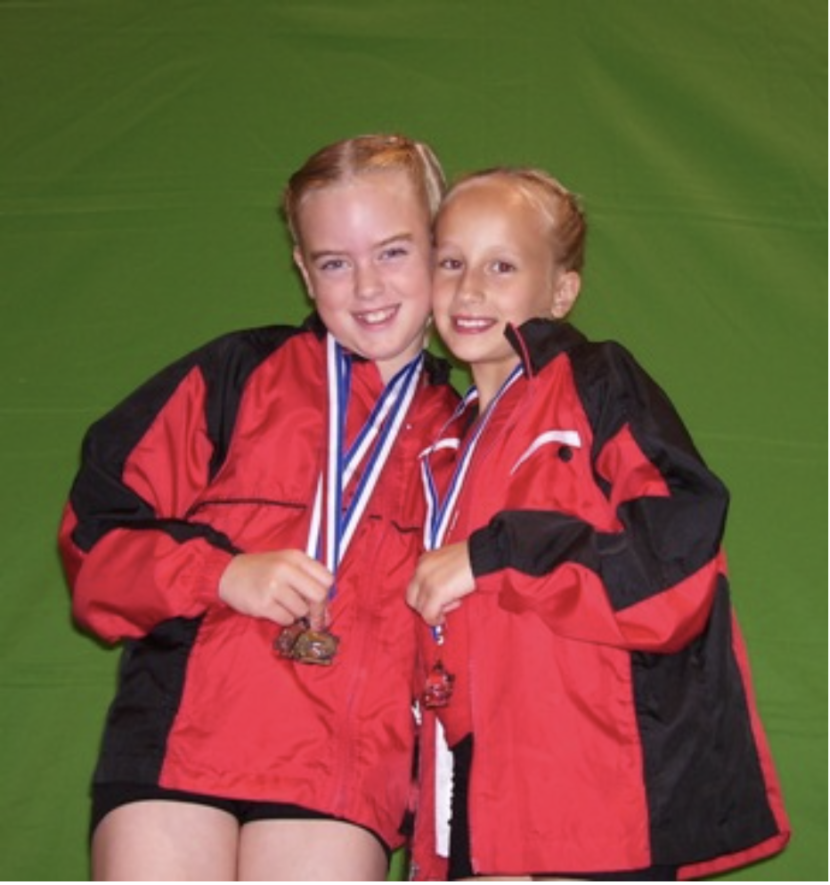 The AAU Junior Olympic Games competition is the largest youth multi-sport event in the world with 16,000 athletes competing in 21 sports from nearly all 50 US states and many countries from across the world. The BAR skippers fit in well among the 575 jump rope athletes from 39 teams, coming from as far away as Singapore and Australia to jump rope.

Alana and Sydney also competed in the pair’s competition where they placed 9th and 10th in power and speed.

A third Brampton Acro Ropers skipper, Shelby Toews (from Leamington) won the all-around gold medal for 15-17 year-old girls by earning a gold medal in power-jumping and silver medals in both speed and freestyle.

To qualify for the Junior Olympics, Shelby, Alana & Sydney placed 1st, 2nd and 4th in their respective age categories at the recent Canadian National Jump Rope competition held in Halifax.

Established in 1987, the Brampton Acro Ropers are a non-profit community organization dedicated to the promotion of personal development, health, fitness and fun through friendly competition.
The team is composed of energetic and enthusiastic eight to seventeen year olds who love the challenge and fun of this competitive sport. In recent years, the team has traveled throughout Canada and the U.S. to attend competitions and elite jump rope workshops.

Their performance history includes appearances in the Disney movie “Jump In!”, Canada AM, CityTv, YTV, at Toronto Argonauts football games, and most recently at the Sprockets Film Festival premiere of the documentary “Jump”. Also the Acro Ropers sponsor a recreational program to inspire novice skippers to develop their talents. For more information about the Brampton Acro Ropers, visit their website at www.bramptonacroropers.com